Buy a cheap laptop for Fortnite in 2021? We got you covered with the best five cheap laptops for playing Fortnite without any lag or stuttering.

You should have known Fornite by now and how amazing this battle royale game is. Besting 100 other folks is no easy feat if you want to get that Victory Royale. Moreover, if you are starting, getting a laptop that would suffice for competitive Fortnite gaming would equally be as tricky as well.

Fortnite is not demanding at all, which makes finding the cheapest laptop for it difficult. There are so many low-end specced laptops that can already take on the title, finding the right one that would allow you to play competitively against the 99 other competitors might be challenging. Finding the right one at a budget price might be even more.

The Best Cheap laptops for Fortnite in 2021

If the goal is to win, then you’d need a computer that could compete. Graphics that are capable enough to provide suitable pixels, speed fast enough to take care of the fast-paced strategy of the game. Getting a highly capable laptop like that could be relatively pricey, most especially if you are looking to play at an ultra-high performance.

However, if you are looking for something that gets the job done and far lower than the expected price tag, then you are in the right place.

We will be sorting the laptops according to the Best Overall, Best Runner Up, Best Battery Life, Bang for the Buck and Best Budget.

Equipped with the GTX 1060 6GB and an Intel Core i7-8750H, the Helios 300 guarantees that you’ll be playing Fortnite at excellent graphics while still on a budget.

Not only that, but the Helios 300 also dons a 144Hz FHD IPS panel which gives you a clear advantage with the number of frames this can produce.

Knowing that Fortnite’s requirements are pretty low, the Helios 300 is easily capable of exceeding the 60 FPS mark and even hit the 144 FPS at times.

Packed with 16GB Rams and 256GB NVMe SSD, it can take pretty much anything you throw at it and it’s still under $1000 which makes it a cheap laptop for Fortnite. 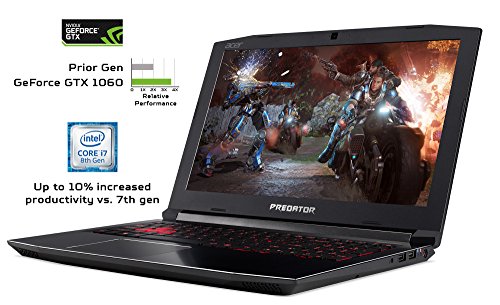 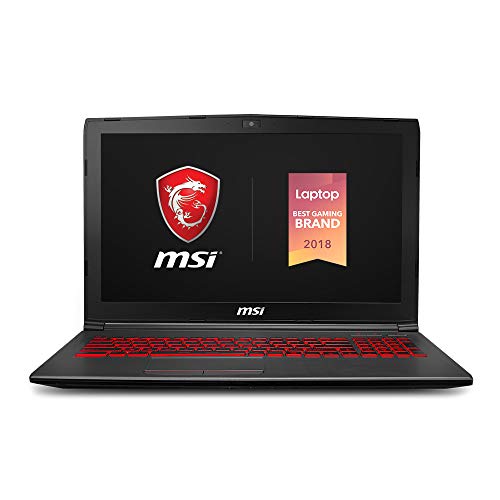 Though the MSI GV62 8RD-275 doesn’t pack the same punch as the Helios 300 is not something to be underestimated. The NVIDIA GTX 1050ti dedicated graphics card in the MSI GV62 is also very much capable of taking on Fortnite at high settings. You would be able to sustain playing 60 FPS which assures smooth gameplay which makes competing very viable.

The GV62 runs on an Intel Core i5-8300H with 8GB Rams and 256GB NVMe SSD to complement the GTX 1050ti graphics which makes this take on more than just Fortnite gaming.

But if it’s a matter of setting up ramps as quickly as you can and pop a headshot every now and then for a reasonable price, then the GV62 might just be for you if you are looking for something under $800 and also another cheap laptop for Fortnite. 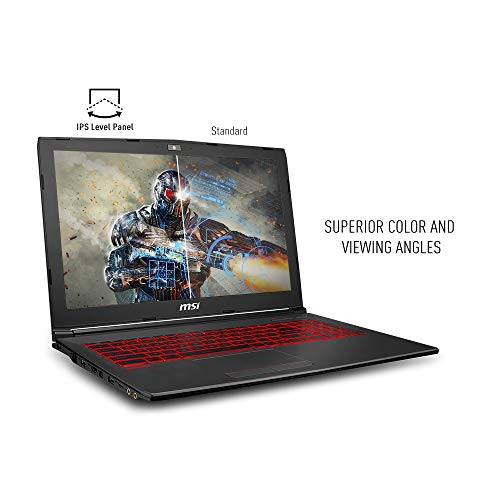 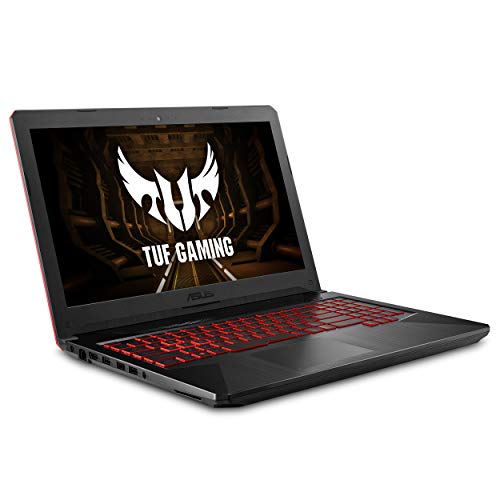 There’s no denying it, Asus TUF Gaming Laptop FX504 is always going to be there to dominate every possible price range. They’ve done so with the Asus TUF gaming line which, in this case, goes head to head with the MSI GV62 in specs and price.

But what MSI cannot compare though is the battery life. With the standard test, the MSI fell short about 2 hours of battery life which is very significant if you are looking for a cheap laptop for Fortnite.

Slightly cheaper than the GV62, the FX504 has almost the exact same specs with the NVIDIA GTX 1050Ti, Intel Core i5-8300H and 256GB SSDs which means that Fortnite would be pretty much enjoyed the same way as the MSI GV62.

With that said, Fortnite at high settings would shell out about 60FPS of smooth immersive gaming. 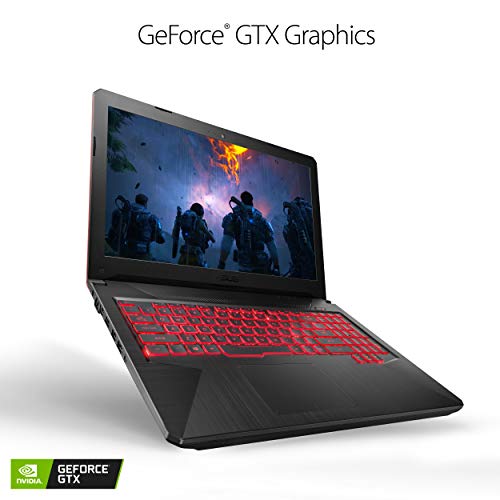 4. HP Pavilion – The Best Value for your Money 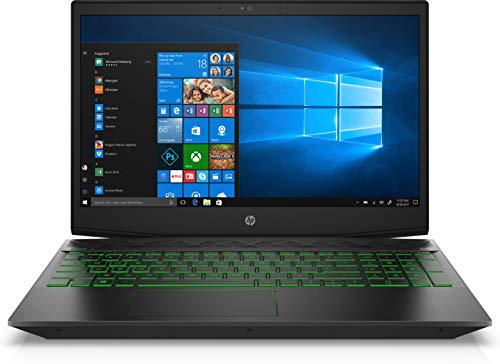 The HP Pavilion Gaming Laptop is loaded with the NVIDIA GTX 1050Ti and the Intel Core i5, the HP Pavilion can take on Fortnite pretty easily which could easily take you on the competitive level. If you are looking for decent graphics with a far more budget price than what’s on the list then the HP Pavilion would be a solid choice.

Whether you are looking for a spot to drop or looking out through a sniper’s scope, the HP Pavilion assures that you can play smoothly at around 60 FPS even at ultra-high settings for a cheap laptop for Fortnite under $650.

Playing one game is not enough, the Anti-Glare technology that is present on the HP Pavilion is sure to make you play more and more accumulating Victory Royales along the way.

Compared to the others on the list, the HP Pavilion only packs 1TB HDD at 7200 RPM which makes storage a Lil bit slow. It only has 8GB of RAM but can be upgraded to accommodate all 32GB if you wish. 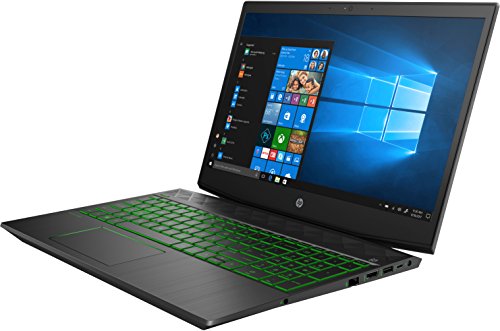 5. Acer Aspire E15 – The Best Cheap Laptop for Fortnite on a Budget 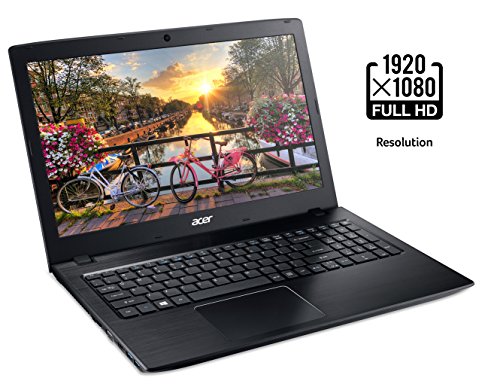 The Acer Aspire E 15 is the most praised laptop in the budget gaming categories everywhere. The name resonates in almost all kinds of notable influences because it is that good.

What we are dealing with in the Aspire E15 is the MX150 graphics which is something that you would ask “How am I supposed to play Fortnite with this crap?”

But if you remembered what I have previously mentioned before, Fortnite does not need so much to play, you only need something enough to be competitive.

That being said, the MX150 is equally capable to take on Fortnite, and allow you to play smooth enough to compete against the 99 other folks on the map.

To help cope up with the demands, the Acer Aspire E15 is loaded with an Intel Core I5-8250U which helps with overall processing along with 8GB upgradeable RAMs for multitasking.

The Aspire E15 also comes with a 256GB SSD which makes it, easily, the cherry on top with a price range that screams budget. 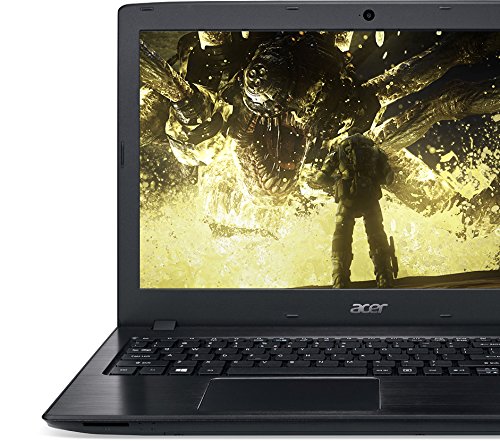 What is the Best Cheap laptop for Fortnite?

The best cheap laptop for Fortnite is the Acer Predator Helios 300. It simply is the best Overall because of the graphics that you are going to be dealing with here. The GTX 1060 6GB is the most powerful in the list allowing it to exceed 60 FPS gaming. That is why the 144 Hz IPS panel is truly an awesome pair most especially for games like Fortnite because you are always playing at that advantage.

How much do I need to buy a Cheap laptop for Fortnite?

If you are looking at the Predator Helios 300, you will be expecting a price right under $1000. It also makes this one of the few gaming laptops that feature a GTX 1060 under that price and to a couple that with a high refresh rate IPS panel and an SSD to boot, the Helios is simply worth it.

If you are looking for somewhere underneath the $800 bracket, the MSI GV62 and the ASUS TUF FX504 might definitely suit you. Both with the GTX 1050 Ti, they are also capable of playing Fortnite with a competitive mindset as this would allow you to play the game at a solid 60FPS. The only thing that would separate the two at this point would be the overall battery life with the Asus topping the MSI.

What is the cheapest Laptop for Fortnite?

The cheapest one in the list is the Acer Aspire E15 which is right under $600. But it is not something that you should be underestimated, even with the NVIDIA MX150 dedicated graphics, this will still play Fortnite at high settings pretty easily. You are sure to build your walls right and shoot right with this machine making Victory Royale surely possible.

Why do You Need a Cheap laptop for Fortnite

Buying gaming equipment does not mean that you have to shell out incredible amounts of cash for you to enjoy the games you love to play. You only have to know what you want and what you need for you to get the upper hand.

In this case of playing Fortnite, you only need to have the right graphics paired with a suitable processing unit to be able to enjoy Fortnite smoothly. And by smoothly, hitting somewhere around 60FPS would already allow you to play the game competitively.

So if you want to play competitively, start aiming at 60 FPS, and build the skill as you go. That is why a cheap laptop for Fortnite is necessary for those who are aiming to start getting those Victory Royales.

Who Needs a Cheap laptop for Fortnite

If you love playing Fortnite and you are just starting out, then getting a cheap laptop for Fortnite is essential if you want to get those Victory Royales. Playing against 99 other folks in Fortnite only needs for you to play the game at 60 FPS, whether you are playing at premium graphics or slightly lower ones, it all boils down to skill. But even if you have the skill, playing the game at 30-40FPS will definitely put you at a great disadvantage. Would you want to die because of the graphics lag?

Who a Cheap laptop for Fortnite is NOT for?

The good news about this list is that this laptop is for everybody. The price point is just right for everyone even if you are the person looking for a laptop strictly for work with minimal play. Take for example the Acer Aspire E15, with the MX150 dedicated graphics, the budget is simply enough to compete against aspiring ultrabooks in the market but with the Aspire E15, it already hands you the MX150 dedicated graphics for minimal gaming possibility.

But if you are the type to go with something far more basic like a 13 inch or strictly for work use with zero play, then the list is definitely not for you. There are definitely many others out there that would suffice for those needs and may be at a far more cheaper price.

Fortnite is a game that is much loved by everyone because of the sheer strategy it involves and the technicality it takes for you to get a Victory Royale. But you don’t have to shell out so much to play the game competitively.

As long as you can hit the golden 60 FPS, you are sure to be at par with most of the other 99 folks with you. That and a tad bit more of skill, then Victory Royales are sure to come your way even with a budget gaming laptop.