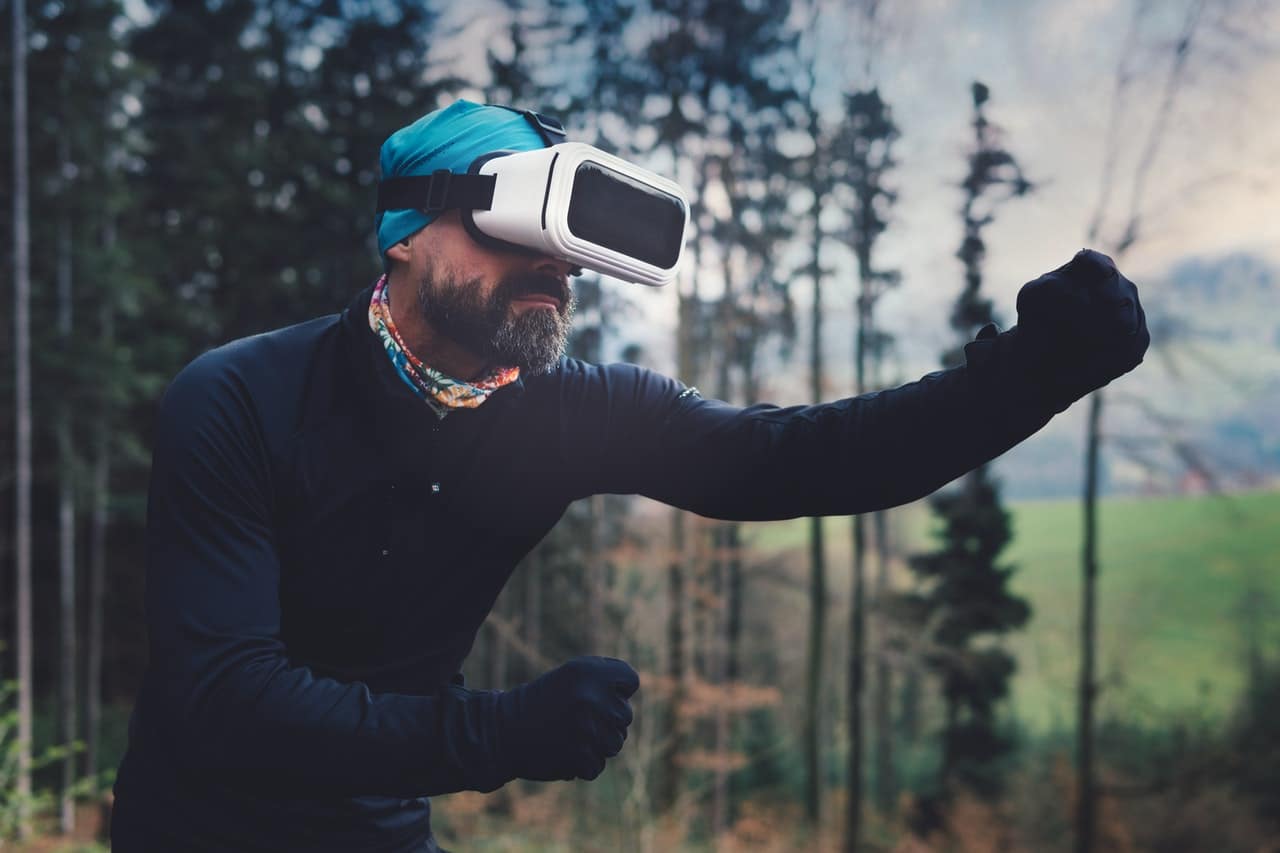 Virtual Reality is quickly becoming one of the most buzzing and bustling marketplaces in the gaming industry. While VR devices find themselves awash with short, single-player experiences we all know that gaming truly comes alive when playing with others.

That’s why we’re compiling ten of our favourite VR multiplayer games which you can get your hands on today.

One of the most longstanding VR experiences on this list, Rec Room was released in 2016 and has received frequent updates ever since making it one of VR’s most-played multiplayer apps.

Instead of being a VR game with a singular focus, Rec Room serves as both a social platform and a hub for many, many multiplayer games. Think Roblox but a whole lot less blocky.

In Rec Room players can take part in a variety of different games—from shooters and action adventures to puzzles and sports games—while also providing the platform for user-generated content.

Currently free on most major headsets, Rec Room is a fundamental multiplayer experience for any VR player.

Sports and VR are two things that go hand in hand. Eleven Table Tennis brings the wonders of VR to, well, table tennis.

However, this isn’t any simple, arcade-like sports game. Eleven Table Tennis prides itself on being “the most realistic VR table tennis simulator the world has ever seen”. This is seen through its incredible physics systems, making it a true joy to play.

The game features both single-player and multiplayer modes.

The poster child of online shooters in VR, many players compare Pavlov VR to a VR version of Counter-Strike.

As the most popular VR shooter on PC today, Pavlov VR’s merits speak for themselves. With fast-paced combat, entertaining gunplay and tense multiplayer moments abound.

If you’re a fan of high-action FPS shooters, Pavlov VR is one to try.

In hot competition with Pavlov VR, Onward is committed to fully immersing its players in the world of military firefights.

Featuring a variety of solo, co-op and multiplayer modes, Onward includes a number of features Pavlov doesn’t. That said, the two are neck-and-neck when it comes to entertaining FPS gunplay in VR. Thus, it’s worth giving both a try if you’re a fan of the genre, so you can make your mind up yourself.

An Oculus Studios exclusive, Stormland VR is among one of the most coveted VR games to date. Developed by Insomniac Games, you find yourself shooting and flying through a five-hour main story and fresh weekly content.

Available to be played single-player or in two-player co-op, Stormland is one for those wanting to play with friends, not against them.

No Man’s Sky is one of the most notorious games in the industry. But after its shaky initial launch, the game pulled itself together through a variety of updates including a complete port to VR systems.

This means you can explore the entire galaxy of 18 quintillion planets, fully immersed.

What’s even better is that No Man’s Sky VR retains connectivity with the game’s main servers. Meaning that you can play with other players, regardless of whether they are in VR or the original flat-screen version of the game.

And, if you’re ever finding VR too intense, you can simply take the headset off and switch to the monitor version of the game yourself.

For the amount of content and exploration at your disposal, No Man’s Sky is certainly a game worth having in your VR library.

It goes without saying that anyone who’s watched a Star Wars film has wanted to know what it feels like to fly in space. Well, with Star Wars Squadrons our prayers have been answered, allowing us to hop into X-Wings and TIE-Fighters during 5v5 space dogfights.

The game features both a breath-taking single-player story and an adrenaline-fuelled multiplayer mode.

Battle Royale games have been all the rage for quite a while, but did you know one of VR’s greatest multiplayer titles is one? Developed by BigBox VR, Population: ONE drops you into a classic battle royale scenario either alone or in a squad of three.

With 18 players per match, the classic shrinking map and some unique gameplay mechanics, Population: ONE brings all the tense thrills of battle royale to VR.

Totally free for owners of Oculus systems, Echo VR draws the graphics and gameplay from the VR hit Lone Echo while turning it into a sport. Players must guide a disc into the opponent’s goal, working with their teammates while propelling themselves off obstacles through the zero-gravity environment.

The game has become so beloved by fans and players alike that it has spawned a number of official Esports events. Who knows, perhaps you’ll even become a league player yourself!

No list of multiplayer VR titles would be complete without VR chat. Less a game and more a social experience filled with, well, anything you can imagine, VR Chat is weird and wonderful.

It gives a place to virtually meet new people, share stories, dance, collectively watch movies, listen to music, get up to some shenanigans and, well, you can find out the full potential for yourself.

VR Chat may first appear rough around the edges due to its graphical style, a hodgepodge of avatars and user-generated content, but it’s one of the few places in VR which is truly social. And for that, it’s an incredibly special experience.

VR continues to grow with more and more games being added to systems every month. And with Facebook committed to turning VR into a metaverse, it’s clear that there is much more multiplayer coming to VR in the coming years.

If you’re yet to get your hands on a VR headset but love multiplayer experiences, be sure to head on over to Eldorado.gg to get ahead in your favourite title. Whether you’re looking for cheap SOLO gold, high-level items or boosting, it’s got everything you’ll need to truly realize your potential.