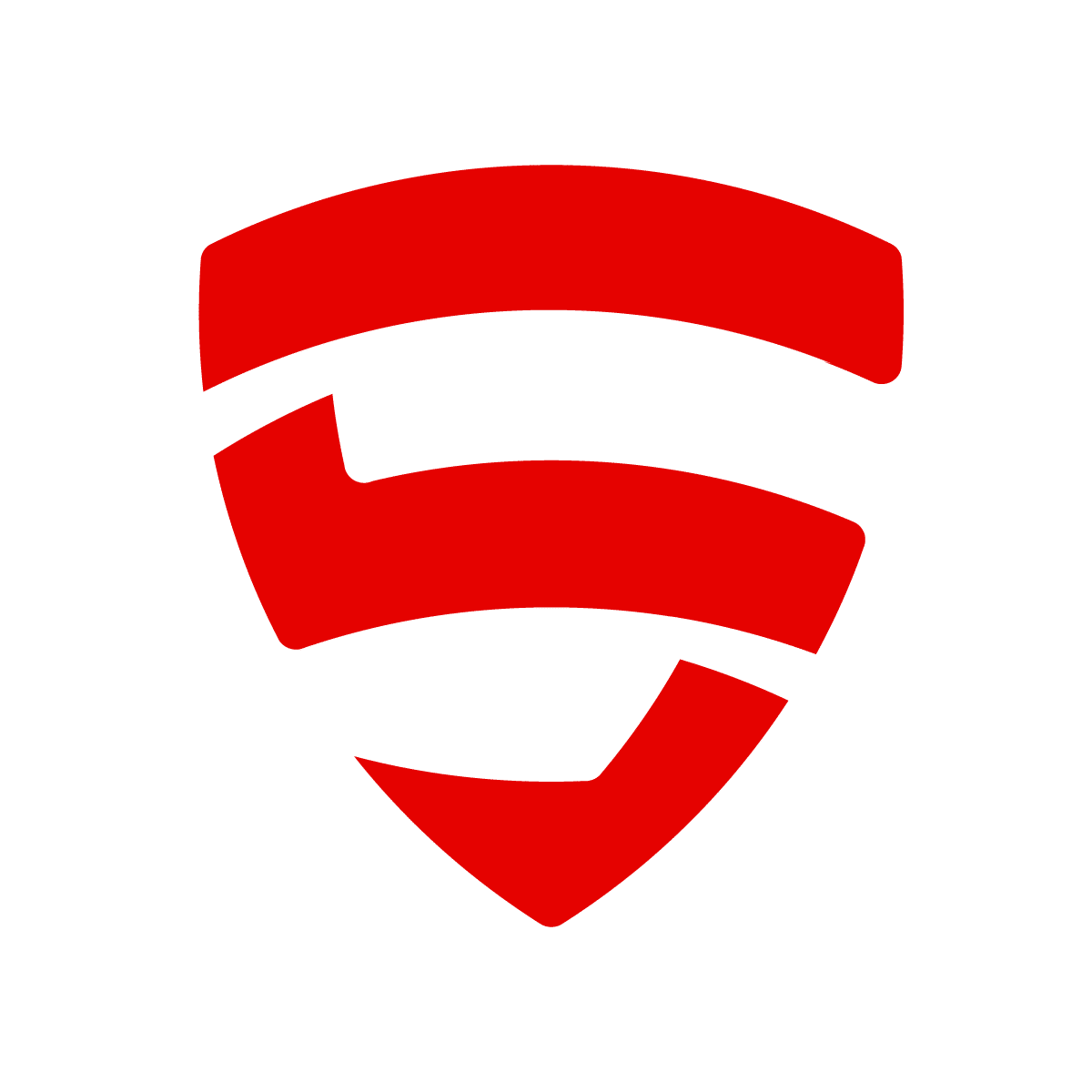 Savage VPN is one the best free unlimited VPN for Android that I have used, and I’ve been using it for quite some time now, I started using it in 2017 when it was launched.

I needed a free VPN android app with good quality servers which are based in the USA and UK and also one that doesn’t require root access.

You can download the latest version of Savage VPN v8.6 here, which was released on September 14, 2019.

I have used quite a significant amount of VPN apps, software mostly premium versions but recently I canceled all my subscription, and now I’m using only one VPN app, and it’s free.

I get free good quality USA & UK IP address, unlimited VPN usage, fast connectivity and internet speed, minimum ads, and beautiful UI, all these features I get for free, and I also want you to benefit from this best free unlimited VPN for Android.

I have discovered over the years that most free VPN app or software are shit because of poor UI/UX design, too many ads, bandwidth limit (like free users get 200mb daily) or lack of good quality servers. Some free VPN apps still use blacklisted IP addresses because they buy cheap servers which are mostly used for spamming.

My greatest challenge with most free VPN app or software is that they are clustered with ads – banner ads, interstitial ads (ads that cover your whole screen), video ads and the worst kind of mobile ads I don’t like are those ads that show up even after you closed the app.

It’s like the ad hacked your phone and is just spamming you with advertisements which can be very annoying and frustrating.

You go through all these ad-abuse because you want to use some free VPN app? Not anymore use Savage Android VPN and get the best free unlimited VPN for Android.

What should we expect in a free VPN app?

What makes Savage VPN one the Best Free Unlimited VPN for Android?

This Savage VPN’s review is honest because it’s going to cover my total hands-on experience using one of the best free unlimited VPN for Android in 3 parts.

I started using Savage VPN late last year around October/November, and I came across this app because a friend recommended the app to me. He said and I quote “Dude, download this android app, it’s a free unlimited VPN app.”

Two days passed before I downloaded it because I was skeptical at first and I don’t like installing too many apps, especially on my android smartphone.

The first time I used thisVPN, after downloading the free VPN client app on play store, opened it, clicked on connect, got connected, and I was given a 30 minutes time window, and there was also a Get More Time button which I had presumed to be the premium aspect of Savage VPN, but I was wrong.

I recently clicked on get more time hoping to see something like pay $1 for 30 minutes instead an ad just popped up, I clicked on X and got 1 hour of extra time absolutely free so I clicked on getting more time again, and I got another 1 hour free time which means to use Savage VPN.

One of the most important features you should look out for in any VPN app either paid or free is the quality of servers and how can you determine this?

Just connect to the VPN, visit sites and when you get blocked or hit with a captcha page which wants you to prove that you are human and not one of the millions of bots spamming pages, then you should know these are poor low VPN quality servers.

I also expected to see a lot of free ads flashing right at my face even expected my phone to be ad-hacked, but that didn’t happen when I started using Savage VPN, and till now the ads in the free VPN client app are very controlled and even pleasant to look at. I notice once you connect, an interstitial ad pops out and that’s all the remaining ads are controlled docile banner ads.

Connectivity and Latency were not a problem because as you click connect you get connected immediately almost feels like the servers are right in my house. There isn’t much latency because I still experience fast surfing speed with or without Savage VPN being connected.

I use Savage mobile VPN to bypass limits and get that USA & UK IP benefits which unlock every site for me. A realistic example of what I use Savage VPN for, I use it to bypass my free user limit whenever I use Moz Site Explorer tool to research backlinks, find link-building opportunities and discover potentially damaging links.

My process involves visiting Moz site explorer and research without any VPN connection then around the 5th time I get hit with you have surpassed your daily quota then I close the page, connect to Savage VPN, revisit Moz which is now unlocked and ready for use.

With this VPN, I was able to squeeze out five more trials from the Moz Site Explorer tool which means you can also use this for many other devices and free software to get the maximum usage out of them.

Another area I like to focus on in my reviews are performance tests that give answers to questions like “how will it run on my device?”.

This is a performance-based question, and we will answer it will be real performance tests derived from actual testing and usage of Savage mobile VPN free VPN client app on different Android devices, Android Operating System versions and different time frames ranging from 30 minutes – 2 hours.

Two Android phones were selected for this test. The Samsung Galaxy Note 3 and OnePlus 5T, both phones represent the old and the new Android and are rest assured this VPN runs very well on both smartphones.

The Samsung galaxy note 3 released in 2013 was selected for this test because that’s the android phone I own, it runs Android 4.4.2 (KitKat), and around 4-5 years old.

This VPN used an average of 50.29MB with little CPU usage which means it doesn’t affect your smartphone at all and it doesn’t matter if you are not using the latest Android smartphone, Savage VPN works well for all android users.

Let’s do a simple calculation: Samsung Galaxy Note 3 with 3GB RAM, subtract 50MB from that, and we get 2950MB remaining RAM.

The OnePlus 5T released in 2017 was also selected for this performance test. It runs the most recent Android 8.0 (Oreo) and has all the latest Android technology on the market today. I tested Savage VPN on OnePlus 5T for an hour, and the results show that Savage VPN uses as low as 26MB, an average of 39MB and a maximum of 134MB RAM.

Simple calculation: OnePlus 5T comes with 8GB RAM, subtract 134MB from that, and we are left with 7866MB RAM remaining.

Savage VPN was tested on both devices for 30 minutes – 2 hours to answer the following questions;

I will make a quick list of all savage Android VPN pros. So what good things can we find in savage VPN?

After Savage VPN’s update on February 22, 2018, which added more server locations and light theme, the VPN app functions better and can be said to be truly the best free unlimited VPN for Android. I hope they stick to it.

I’m sure by now you are ready to download Savage VPN, and there are different places you can get Savage Android VPN, luckily for you I would be posting all the links, so you have a one-stop-shop to download the app.

How to Use Savage VPN

Step 2: Open the app. You now have the option of picking either a dark or light theme.

Step 3: Click on CONNECT. You now have a server picker at the top right of the VPN android app.

Step 4 (Optional): For more time, click on GET MORE TIME  to get 1 hour extra added, you can repeat this process and accumulate more than 24 hours free VPN usage.

If you are looking for a free VPN to use, I recommend this VPN because you are just one click away from using a USA & UK IP address and obtaining web freedom. In case you didn’t know VPN helps you bypass sites blocked by your Internet Service Provider in your country. So use Savage Android VPN today to achieve internet freedom.

Please feel free to contact me if you want me to review your app, software, game, website, web application or tool. Anything! I am always ready to help.