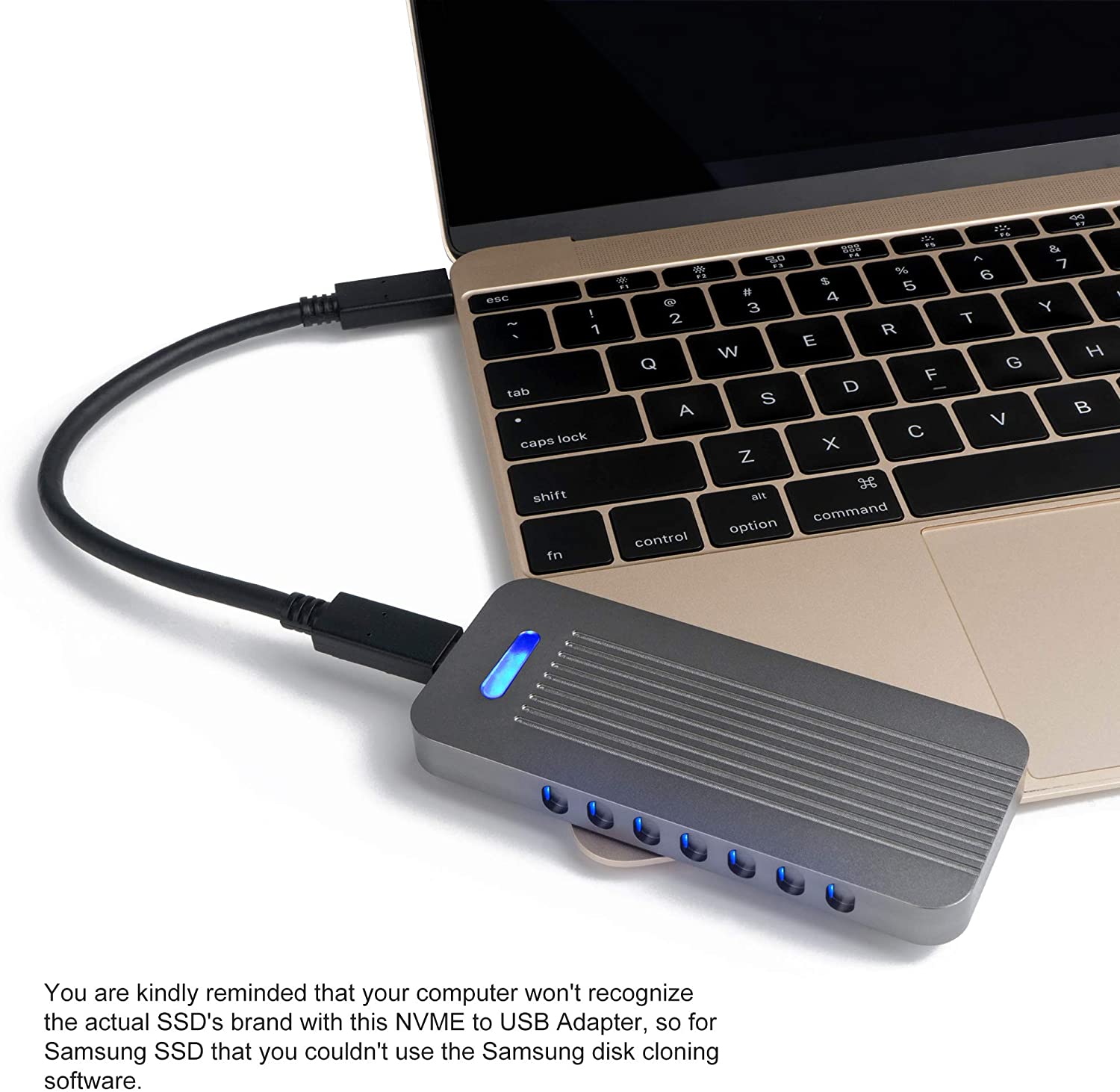 Shinestar NVMe enclosure is just right for you with a portable look, tough material make-up, sleek and attractive design, high-speed data transfer, effective heat dissipation, and many other amazing features.

Are you looking for a good M.2 NVMe SSD enclosures to transform your M.2 NVMe SSD into a portable one, recover your data if you had an issue with your laptop or PC, or more importantly, to work at very high-speed levels?

Shinestar NVMe Enclosure is a fast, plug-and-play, hot-plug, and lightweight enclosure that supports a 10Gbps USB 3.1 Gen 2 connection and has a broad range of OS compatibility. It also has excellent thermal management and supports all NVMe PCIe M.2 SSDs.

If you have been sceptical about using Shinestar NVMe enclosure because you’re not sure it is the best option for you, follow this down-to-earth review to have all your questions answered, and you will be able to make the best decision.

I didn’t want to get my hopes too high when buying this product, especially because I had fallen prey to several false adverts in the past. I took courage and decided to try out this product, and then I ran Crystal Bench test and voila!

I almost could not believe my eyes when the results came back with more than 900Mbps write/read speed. It was like a dream come true for me. The super-fast write/read speed it offers is almost two times the speed of traditional SATA SSDs that I had used before.

And that’s such a relief for me because I no longer need to spend much time cloning my Hard disk.

Shinestar NVMe enclosure makes use of a JMS583 chip, which enables it to provide native support for windows and Mac OS. The JMS583 chip is also responsible for the plug-and-play feature of the enclosure. So, I worry less about installations and drivers, unlike some other enclosures I used before.

The versions of Microsoft and Mac OS supported by Shinestar enclosure are Windows XP, 7, 8, and 10; and Mac OS 10 and higher.

The NVMe enclosure also contains two USB cables (USB C to A cable and USB C to C cable), which makes connection easier since it supports virtually every PCIe NVMe SSD on the market. This includes support for 2280 / 2260 / 2242 / 2230 NVMe PCIe M.2 M SSDs.

Shinestar NVMe enclosure is made up of an aluminum material which makes it sturdy, wear-resistant, and modestly shock-resistant. This quality construction, just like every other enclosure, helps to protect the drive from damage.

This is one of the fascinating aspects of this enclosure. Unlike every other enclosure that I have used in the past, this enclosure employs a non-mechanical, energy-saving technique to dissipate heat at a relatively lower cost.

The Shinestar NVMe enclosure uses the Face shell trunking design to increase its cooling area. This design involves indenting numerous cooling ridges along the edge of the casing. This is not a mere stylistic design; rather, it is to help increase its surface area. Consequently, this leads to a much more effective dissipation of heat.

Also, two side vent holes are designed and strategically placed to further dissipate heat; thus, enhancing the cooling effect. Besides that, thermal pads were placed internally to conduct heat away from the adaptor quickly and efficiently.

The aluminum material from which the chassis was made is also to aid cooling. This further shows the superiority of the Shinestar NVMe enclosure cooling system over other enclosures. It, therefore, does not matter whether you are running a sensationally hot drive or not, effective cooling is guaranteed.

5. Too much LED Lights

As expected, the Shinestar NVMe enclosure has its downsides too. This is a rather annoying one to me. I mean, there are about 19 LED lights inside the enclosure, and every single one of them is very bright.

I want the manufacturers to check this, I mean, they can save a little from the production costs if they reduced those LED lights and of course, it would be less annoying.

I’m quite surprised that with the level of the sophistication of its cooling system, the enclosure is not safe to touch during operation. The manufacturers should check this.

So far, so good, it’s been about five months since I have been using the Shinestar NVMe enclosure. It has been working properly and also retained the expected speed. I hope it remains like that.

In conclusion, do you want a reliable, fast, lightweight, portable, easy to use NVMe enclosure that will also protect your SSD? If your answer is yes, then the Shinestar NVMe enclosure is the right choice to make.