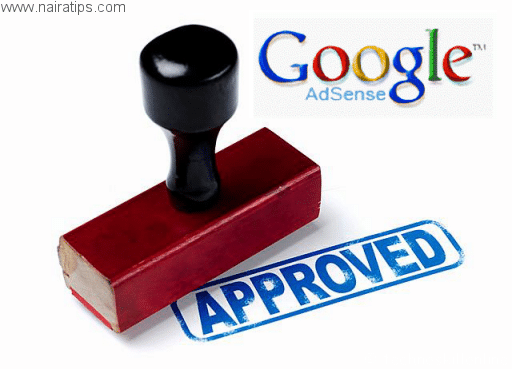 Google Adsense is one of the best ways you can make money from your blog. I started blogging around July 9, 2015, and I was not thinking of Google Adsense, my first article was about Microsoft Office 2016 Preview and my second article was a Gaming Laptops Guide was posted July 12, 2015.

When I started blogging, I wasn’t even thinking of monetizing my website just yet, I wanted to blog for like six months and build any traffic, backlinks and all, then I would apply for Google Adsense, or so I thought. Barely two months into blogging, Nairatips had over 40 original articles and 40 comments, you could say I was doing well for a WordPress beginner, by then I still wasn’t ready to apply for Google Adsense.

I thought to myself “it is still too early, I don’t want to rush things and get my heart broken.” But a friend suggested to me, advising me to apply for Google Adsense, I told him I’ve heard, but I did not work on the advice he gave me, but it was always at the back of my mind.

Some days later, on the 24th of August, 2015 I applied for Google Adsense, I was still doubtful, I honestly thought my request would be denied, and I would have to back to him crying telling him how I was not approved.

About four days later, my mind was already starting to forget that I even applied for Google Adsense, then I received an email.

The contents of that email change my view on blogging as a whole. It was like I saw the light! I was approved on the 28th of August, 2015.

Recommended: How to Write a Blog Beginner Blogging Guide

This was incredible news for me, with this approval I achieved the 1st step of Monetizing your website. Want to know how and why I got approved?

Why I Got Approved By Google Adsense

Hope this has been of help to those on the right part of Blogging and wanted to get Google Adsense approval. It’s possible, follow the guides I posted around because those were the reasons I got approved within two months.