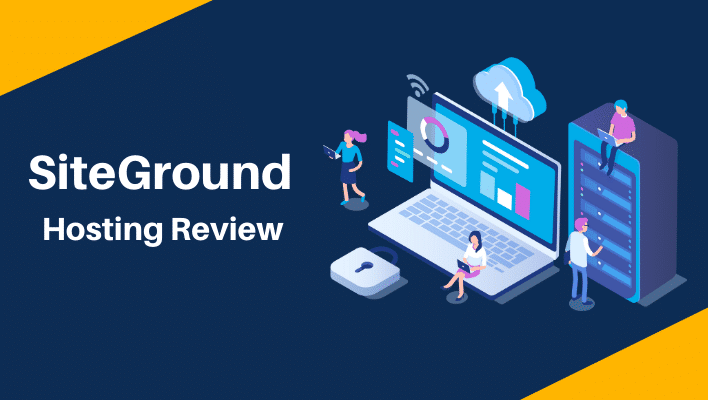 Siteground is one of the best, most recommended WordPress hosting companies there is. There is a lot of advantages to using siteground for your website, it offers a lot of perks that most hosting companies wouldn’t necessarily offer. Siteground has a lot of features as well that makes it top tier in the hosting community. Siteground was founded in 2004, in Sofia, Bulgaria and that’s where its headquarters are.

Where are siteground servers located? Siteground has its headquarters in Sofia, Bulgaria and it also has servers in different parts of the world.  It uses data centre locations such as the United States, United Kingdom, Singapore, Australia, Netherlands, as well as Frankfurt. The servers are basically located in four continents around the world and users get their performance and speed based on the location of the server.  Cloud hosting accounts are said to be in places like Iowa, Singapore, Eemshaven (Netherlands) and London while dedicated web servers are hosted in Amsterdam, Chicago and Singapore. These servers are located in places that seem to have been chosen by siteground for functional reasons.

Ever since its creation, it has gone on to have a worldwide effect when it comes to its massive number of users and it provides services for a number of blogs and sites as well. Siteground is the number one choice for a lot of people and it is rightfully so. It has a lot of features that not a lot of hosting companies have and it also prioritizes the needs of its users by providing them with features they might not even get elsewhere.

They have trained personnel or at least a team of highly-skilled, highly trained hosting experts that will always be there to carry out a number of tasks. How strong and how fast a blog depends on where the server is located and also the features of the data centre as well.

The experts will be there to monitor operations, upgrading the servers and tightening the security of the servers so that users can enjoy undoubtedly uninterrupted services. The location of their server is an important part of how they deliver such great services. They also have other features that make them even more valuable to their users.

Siteground has up to two million users and through its data centres, it has also managed to provide jobs for a lot of people. Siteground has chosen quality servers and it also makes use of the best facilities around the world and this heavily plays a role in how well they’re doing to provide their users with the utmost best service and speed any hosting company can provide.

The Data Centers Of SiteGround

Each of the data centres is located in several parts of the world, they play a huge role in the kind of service siteground users get as they are highly functional and up to date with all the best infrastructure.

This location best serves Asian clients, whether it’s South Asia or the middle east region, this data centre works to provide high performance and fast speed to Asian regions like India, Sri Lanka, Japan and so many others.

The Chicago based centre targets users from North America, South America and also African regions while the Iowa centre which is also based in the US is suitable for people from Africa as well.

Eemshaven focuses on people from Russia and Europe while the Amsterdam centre targets people from Europe, Russia and other places nearby as well, all around the Netherlands.

The London data centre is in London and it targets audiences from Europe and Russia as well. It doesn’t have a location from dedicated web server accounts at the moment.

Features Of The Data Centers

With the data centres, a wide array of security is provided, the different server locations are all backed by security in order to deny access to any threats that might be of danger to the site and in order to protect the data of the customer as well. Security is of utmost priority to each data centres and that just makes siteground all the safer and trustworthy to its clientele

Siteground has a primary data centre partner, Google. Google provides a speedy and rapid network and this, therefore, increases the performance and reliability of siteground. With the most rapid connectivity, users are sure to get high speed and loading of pages which will make things a lot easier and speedier.

The faster the loading speed of your pages depends on how close the site users are to their data centres, the data centres play a huge role in improving the performance of the site as well as its correlation to the site visitors. Choosing your data centre is based on the location that serves your region best, to change the data centre all you need to do is follow a few steps.