The best prebuilt gaming PC under 800 dollars will make everything you do faster. Do you want to start pushing for a godlike status on the games you play? Have you had enough of your simpleton PC that lags out on the crucial moments of game time? Then it is definitely time for an upgrade.

If you feel like you already have the skills, what good would that do when you’re not there for the most critical moments? You need to get a more reliable, powerful and capable gaming RIG that could pace with your skills and demolish everyone in your path. Even if you have an ultrabook laptop without any graphic card, you can buy an eGPU enclosure which enables you to play the latest games, edit videos in 4K and do other awesome stuff.

At this budget, there will always be a ton to choose from. The choices could be endless with many boasting gaming capabilities when they are far cry from what we would’ve wanted for a capable gaming rig. It is going to be in this guide that you’d find the essentials to a decent RIG that is powerful enough to play the latest AAA games, while at the same time, dominate in all the other highly competitive ones.

We will be subdividing these into the Best Overall, the Runner Up, the Best Budget, the Best Mid-Range, and the Best Premium. 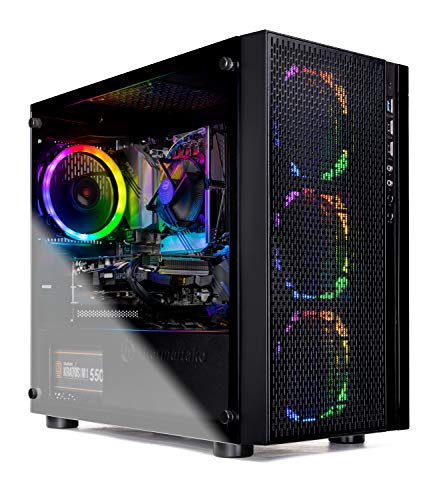 The SkyTech Blaze takes the crown as the Best Overall. Built with the 9th Generation Intel Core i5, as well as 500GB of SSD and 8GB of DDR4 Rams, this tops the list with the best hardware configuration in this price range.

What lies at the heart of the graphics department is the NVIDIA GTX 1660 which is right underneath the graphics performance of the GTX1070. This allows the SkyTech Blaze to take on the most demanding AAA games easily at 1080p resolution and may even be capable enough to work some titles on the 4K resolution as well.

All of this is housed in the Thermaltake H18 case. A case that is quite the looker that is complete with a tempered glass side panel to feature your wonderful setup. This could easily become a centerpiece attraction for your gaming command center. 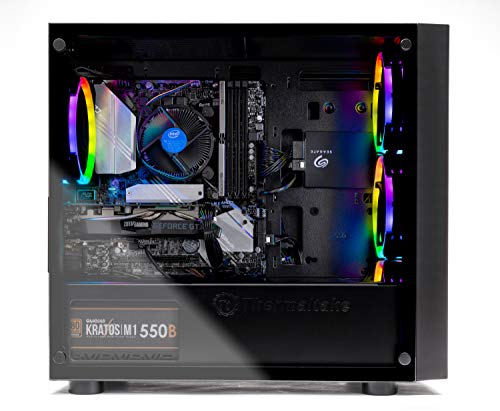 The SkyTech Blaze II is made almost identical to the first only that it bears the Ryzen 5 at the core. Almost equivalent in terms of processing power out of the box, the Ryzen 5 has proven to compete and may even be more powerful once you start to have the balls to overclock this CPU. Technically SkyTech Blaze I’s brother from another mother.

Equipped with the same NVIDIA GTX 1660 as well as 8GB of RAM and the 500GB SSD in tow, we are expecting capabilities that are almost the same as its bigger brother. With the ability to take on the latest AAA titles and demolish every competitive game out there, the SkyTech Blaze II might just be well within your radar as your next best gaming RIG. 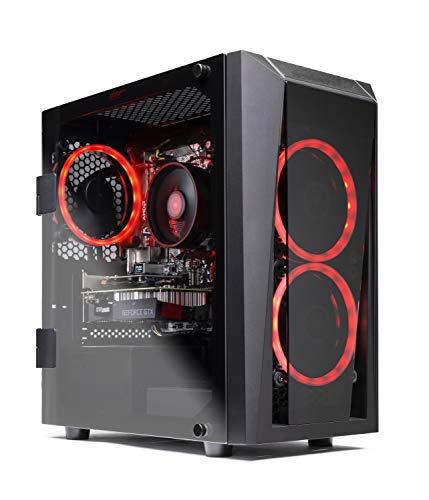 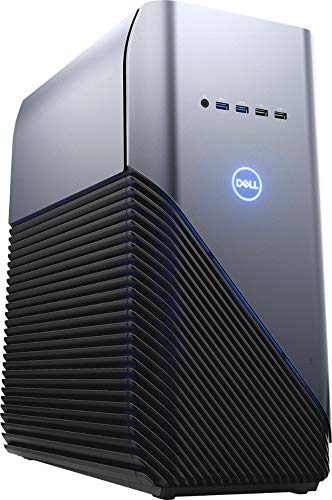 The Dell Inspiron 580 is for you if you are looking for a highly capable gaming RIG on a tight budget, then this Dell Inspiron Prebuilt might just appeal to your pocket. But don’t let that price tag fool you, if you are looking for something that is powerful enough to run your favorite games, then this bad boy has enough muscle to power through most demanding apps and yes, your favorite games too.

Packed with the ever-powerful AMD Ryzen 7 2700 as well as a loaded 16GB of DRAM, you are in it for an extremely strong configuration that could make multitasking as easy as pie. Not only that, having the RADEON RX 580 on board, this bad boy would certainly take on the latest titles you’d want to throw at it.

Housed in Dell’s own, this might not be one of those flashy RGB’s you are looking for in a gaming rig. But if you are looking for its overall functionality, the airflow within this chassis is just impeccable which is sure to keep this piece of hardware cool and airy all the time. 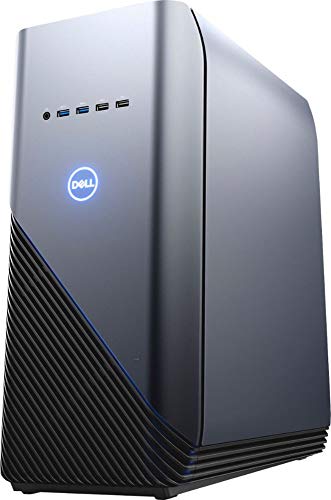 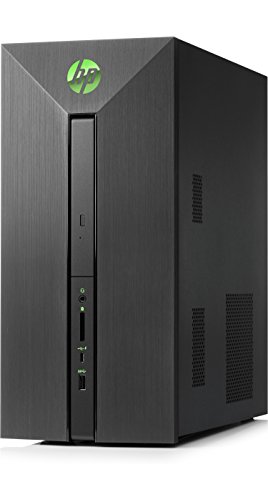 The HP Pavilion Power has an extremely subtle design that might just appeal to every minimalist out there as one of best prebuilt gaming pc under 800 dollars. This is something that would fit extremely well on all desk setup. But beneath all that professional design lies its ability to take on the latest AAA titles, though at a certain limitation.

For something incredibly compact for a prebuilt system, the HP Pavilion Power might just do you wonders. Armed with an Intel Core i5-7400 as well as 8GB of RAM and GTX 1060 3GB. This may very well be the best mid-range that is available in the prebuilt market.

If you are planning to take this on a Full HD ride, then this might just fit the bill. Aspire for something higher then that would be the time you’d start to get in trouble. 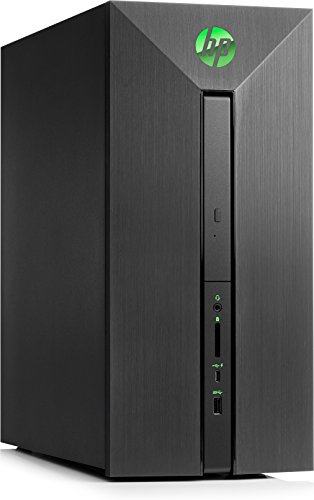 5. SkyTech Shiva – The Most Expensive Prebuilt Gaming PC under $1000

Housed in this white, sexy In Win case, is the Skytech Shiva. Slightly higher than our projected budget, this here is a must include for those wanting to save up a couple more to get the next best thing. Sitting at the core is the Ryzen 5 2600 which is pretty much substantial when looking for a highly capable device. Pair that up with a 16GB DDR4 and 500GB worth of SSD storage, then this could pretty much breeze through any type of application you throw at it.

But what makes the SkyTech Shiva special is what gives off its colors and beauty. This SkyTechi Shiva is equipped with the latest RTX technology with the NVIDIA RTX 2060. Capable of running through a multitude of AAA games, it just doesn’t stop there as the RTX technology purposely enhances your graphics even further.

So if you have the eye for best prebuilt gaming pc under 800 dollars and could wait a bit more to save, then you might just think about getting this SkyTech Shiva to fill in your work-in-progress command center. 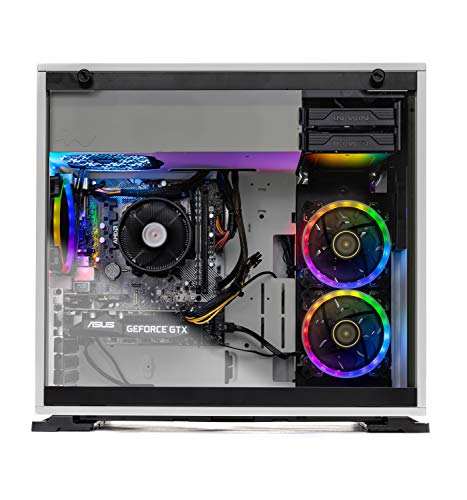 Why do you Need the Best Prebuilt Gaming PC Under 800?

If you are thinking about building your next battle station but you are thinking twice about building your gaming RIG from the barebones up, then getting the best prebuilt gaming pc under 800 dollars might just be your best bet. If you want to start building your battle station as something that is incredibly powerful without spending so much, to begin with, then this list is definitely for you. With raw power to generally run AAA games, and even breeze through competitive games at higher frames, you don’t need to look far. For only $800 you can already get the best-prebuilt gaming PC.

Who Needs the Best Prebuilt Gaming PC Under 800?

Who the Best Prebuilt Gaming PC Under $800 is NOT for?

All of the PC in this list are already overly capable of handling demanding productivity applications and be able to run them all at once. But then comes the graphics card unit that makes everything else beautiful.

What is the best prebuilt gaming pc under 800?

The best-prebuilt gaming PC under 800 is definitely the SkyTech Blaze I. It has the most price vs performance you could get out of all of these in the list. What definitely sells in the SkyTech Blaze I is the combination of the 9th Generation i5 as well as the NVIDIA GTX 1660. This hardware configuration can certainly bulldoze any type of game you throw at it. It could even take on these titles at higher resolutions if you wish to do so.

How much do I need to buy the best prebuilt gaming pc under 800?

For you to get the SkyTech Blaze I, you’d just need to have a budget just a hair off of $780. But for its price, you just have to face it, it is that good.

But if you are looking for somewhat comparative in terms of performance, then the good news is that the Runner Up in the list may actually be just as good. The SkyTech Blaze II is cheaper by $28 which brings us to a total price tag of $751.

Equipped with a Ryzen 5 this time, it may come off just a little shy in terms of performance versus the 9th Generation I5, but as soon as you delve deeper into overclocking the Ryzen, you might just produce more clock speed that could make the Ryzen 5 unmatched by the likes of a 9th generation processing unit.

What is the cheapest best prebuilt gaming pc under 800?

If you are on a tight budget then this Dell Inspiron might just be something you’d look into getting. For as low as $648.66 on Amazon, the Dell Inspiron is already capable of handling the most demanding applications you throw at it all at the same time. Furthermore, with the AMD Radeon RX580 on board, this machine would do well on, pretty much, any game you’d like to throw on it. Just be warned, however, that there are certain limitations to this graphics unit, but if you promise to just work it off on a Full HD resolution, then you are golden.

In the world of battle stations and command centers created in your very own game room, you’d need to have a superstar that would fire up all of your dream games to play with. But you don’t necessarily have to spend thousands and thousands to be able to do so. For a mere $800, you could already do so much and still have a vibrant centerpiece powering your central command. All you need now is to choose the right one.