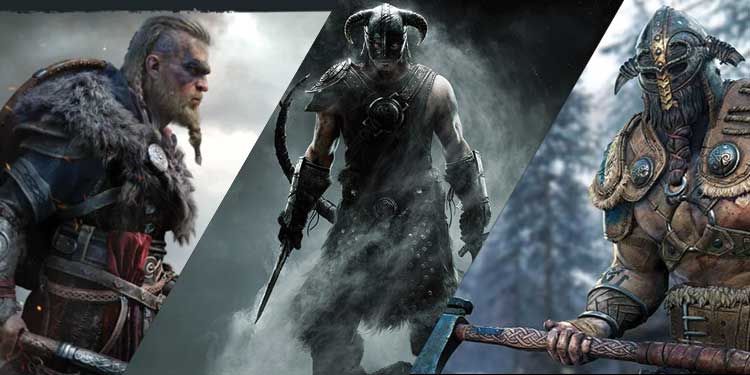 Viking games and campaigns left an eternal mark on history and continue to excite minds worldwide. Famous warriors and travelers from Northern Europe sowed chaos and destruction wherever their longships could sail. This made them great characters for adventure games.

Today it is possible to enjoy favorite games about Vikings, aliens, dragons, etc., online on such gaming platforms as Game Karma.

The best 3 Viking video games are:

In the action-adventure game, the Vikings are not the main characters but the antagonists. Nevertheless, the world is wholly immersed in Scandinavian mythology and philosophy.

The main character is the Celtic warrior Senua, whose native village was raided by the Vikings, during which her lover died. The girl’s tragedy is aggravated by the fact that she suffers from a mental disorder and constant hallucinations.

Senua goes on a campaign, holding the severed head of her beloved nearby, firmly believing that the evil northern gods imprison his soul and only her campaign can save her from eternal suffering.

When creating the game, the developers took the symptoms of schizophrenia as a basis and recreated them with frightening accuracy.

The Total War series is rightfully considered one of the best in the grand strategy genre, combining epic battles with subtle elements of undercover political fuss. In 2018, the legendary series acquired another historical title.

This time the Creative Assembly studio decided to cover the Early Middle Ages, namely the 9th century and the times of constant invasions of the armies of the northern pagans into the territory of Britain.

As in other parts of Total War, players need not only to be able to win battles but also to conduct a competent economic policy to maintain control over the occupied territories.

Thrones of Britannia features 10 factions, one of which is the Vikings, so you can both build a defense against the army of northern heretics and rob the Anglo-Saxons.

Most Viking fans are not interested in history or Scandinavian culture but in the image of a mighty berserker warrior, smashing everyone right and left with a hefty axe.

For Honor was conceived as a third-person fighting game with guns. Players are given a choice of a large number of heroes divided into four factions: knights, samurai, and Wu Lin – an equivalent of ancient China warriors and the Vikings.

By the type of gameplay, the project is a classic session game, but there is also a single-player story campaign.

In online modes, you can fight one-on-one and two-on-two or participate in team battles to capture points in which waves of ‘creeps’ are on the map, similar to the MOBA genre.

Those who want to test their skills against the most experienced opponents can start climbing the duel ranking ladder.